During the national week of rage and mayhem over George Floyd’s death, friends sent me various articles, photos, petitions to sign.

One petition which caught my attention was for the removal of the infamous Hanging Tree in Brooksville, Fla.

I used to live in Brooksville while working for the St. Petersburg Times (now the Tampa Bay Times).

In fact, I got pepper-sprayed in Brooksville.

I wish I could tell you I got pepper-sprayed protesting the Hanging Tree, or doing heroic news coverage in a volatile situation.

Brooksville police officers were about to start carrying pepper spray as part of their daily uniform. For training, officers gathered in front of the police station to get sprayed themselves, so they would know how it felt, what the effects were, how long effects lasted.

Partly as jest, but also because reporters weren’t all that well liked, a commanding officer asked whether I and my colleague John Lawson III of the Tampa Tribune wanted to be sprayed.

We were young and dumb. (Or at least I was.) We said sure, what the hell.

So we joined the police officers and each took a spray-blast to the face.

The initial spray must not have caught me flush. I made the mistake of saying, “This isn’t all that bad.”

I was rewarded with an immediate, more direct hit.

So yes, I can confirm that a full blast of pepper spray at close range stings like hell.

In my 20s, I worked for newspapers all over the country. I worked for the Daily Tribune in Cheboygan, Mich.; the Daily Courier in Grants Pass, Ore.; the Daily Press in Victorville, Calif.; the Press-Herald in Portland, Me.; and the Times down in central Florida.

Over the years, I spent time at police stations, courthouses, jails, prisons, and juvenile detention centers.

The cops I admired were skilled at interacting with the community. They knew what was a big deal, what wasn’t. They could “make a small man feel big,” if that’s what the situation called for. They didn’t take themselves too seriously.

I met the other kind, too — the bad apples.

My own personal view is that slavery and genocide were central to the founding of the United States.

I believe we won’t see an end to rage, violence, systemic racism, and other knock-on effects of slavery until we do what other countries have done after historical atrocities.

We need to sit down and study the atrocities honestly and dispassionately. We need to address them. We need to apologize for them and pay reparations.

The list of terrible, terrorist acts against minorities in U.S. history is so stunningly long and varied. Some which come to mind are:

Read about these events. They are horrifying. And they aren’t even the tip of the iceberg. They don’t include the many thousands of lynchings, cross burnings, slave auctions, slave whippings, slave rapes, police killings which weren’t video-recorded.

There has been a reign of terror against black people across 250 years. Is it as bad today as in 1859? No. Is it still scary, dangerous, and extremely shitty? Yes.

I lived and worked in Brooksville for a year. I didn’t even know about the Hanging Tree. That could be a mark of my incompetence as a reporter. (Very possible!) Or it could reflect how commonplace and unremarkable such sites of atrocity are.

This excellent piece by my former Times colleague Dan DeWitt makes me wonder whether the tree really was the site of infamous killings, or whether it came to be known as a “hanging tree” due to its proximity to the courthouse and due to Hernando County’s history of racial violence.

The county’s history is indeed horrendous. As DeWitt points out in his 2013 article, Hernando County had the highest rate of lynchings in the entire country from 1900 to 1930, according to a database at Tuskegee University.

And even if the so-called “hanging tree” was not the site of lynchings, a large statue of a Confederate soldier stands nearby. That statue has survived several attempts to get it demolished or at least moved to a local cemetery.

Just last week, vitriol and racism spilled out in a Facebook group administered by a county commissioner, of all people.

I know reparations are a non-starter for many.

Opponents say, What in the world do I have to apologize for? I wasn’t even alive.

White Americans attend better funded schools, have an easier time obtaining bank loans, are less likely to be incarcerated for drug offenses, are imprisoned for shorter periods than black citizens convicted of the same offense.

All of this may not be our fault as an individuals. But also … it may.

To the extent silence equals complicity, then there’s plenty of complicity to go around.

Long ago, as a college student, I laughed privately at a graduate student who rejected his membership in the “white” race. He would not identify as white even though he plainly, visibly was.

Only later, after reading his landmark book How the Irish Became White, did I start to realize what Noel Ignatiev was talking about.

Ignatiev died last year. I wish he were still alive to help educate us about white supremacy. Not taking him seriously back in 1988, not sitting down to learn what he was working on — that was a blown opportunity which I regret to this day.

As Ignatiev said to CNN in 2002 after being identified as white, “That’s not a term I like to have applied to myself. I want to get rid of it because I think the price it extracts from us is greater than the privilege it brings.”

What a courageous, principled man he was.

What a fool I was not to learn from him. 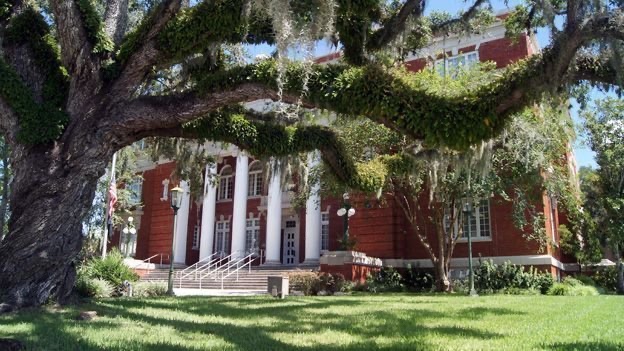 Kit Troyer lives in Los Angeles. He worked previously as a newspaper reporter and a criminal defense attorney. For the last 15 years, he has been a stay-at-home dad. But that gig is running out. Kids will soon be moving out and moving on.
View all posts by Kit Troyer →
This entry was posted in DUMB SHIT I'VE DONE, POLITICS, UNIQUELY AMERICAN BULLSHIT. Bookmark the permalink.

6 Responses to THE HANGING TREE