Yesterday I wrote about a bad teacher.

Today I write about a good one — Janice Kopp.

Miss Kopp was my 6th-grade teacher. She was strict, scary, a grammar fanatic, and … utterly heroic. She remains one of the two or three best teachers I ever had, at any level. She once assigned me a project on the values and beliefs of ancient Romans. She once assigned me to read and write about A Tale of Two Cities by Charles Dickens, in sixth flipping grade.

She once made me and my classmates stand up, one by one, to recite from memory the full list of English-language prepositions.

I can still run through the first handful anyway.

But the day I’ll never forget started with a seemingly harmless question. She asked why we study history, as a subject.

A whole host of us gave decent, good-enough answers, but … good enough was never okay for Miss Kopp.

We sat there giving answer after answer, each one rejected loudly by Miss Kopp. At first she enjoyed rejecting the answers, but with each incorrect response her tone grew angrier and more insistent, until finally we were reduced collectively — she and 25 sixth-graders — to a long, and I mean longgg, silent stalemate.

As a class, we realized we did not have the answer, and Miss Kopp wasn’t going to move on to any other topic, any other question, any other conversation of any kind, until one of us stepped up to the plate and gave the correct answer.

I don’t know how long we sat there. It felt like forever. We were just basically waiting for the bell to ring so we could escape her withering glare, the furious face of a teacher who knew we could do better.

And then my classmate Billy Bishop, god bless him, pulled the answer right out of the ether and quietly delivered us from our collective agony.

“Those who do not learn history are condemned to repeat it?” he said tentatively.

I don’t know where in the hell 6th-grade Billy Bishop heard this phrase. I don’t know whether he could have told you himself, that day, where he’d heard it.

My point is, Miss Kopp — in 1978, at Chevy Chase Elementary School — went full Socratic method on us. And it worked.

When Billy quietly offered up that answer, Miss Kopp slapped the desk in front of her as loud as I’ve ever heard anyone slap anything. She shot out of her chair.

In that moment I didn’t know whether she was going to leap across the desk and strangle Billy, for giving a wrong answer, or come running out to hug him, for giving the right one.

She did neither. Her loud slap was enough to break the spell, to vent her furious jubilation.

“THAT!” she shouted, pointing at him, jabbing her finger in the air. “THAT is why we study history!”

And that was it. Class dismissed.

I tell you this story today because: a) it was a highly effective — if also terrifying and somewhat deranged — teaching method, one which permanently lodged the “condemned to repeat it” quote at the core of my brain, and b) in my opinion, America could stand to contemplate the same question today — why do we study history?

We were born in 1968 — me, Billy Bishop, most others in that classroom. We were in our mother’s wombs when Dr. Martin Luther King Jr. was assassinated, when Bobby Kennedy was assassinated. We were born into a world which bears striking similarities, in hindsight, to the fractured, frazzled, polarized spot where our nation is now.

I’m not going to bother telling you whether to vote for or against Trump.

I’m just going to tell you what I believe.

The killing of Dr. King was an appalling, pivotal tragedy.

So was the killing of Bobby Kennedy.

So was the Vietnam War. Many thousands died in that war, including Americans, Vietnamese, Cambodians, Laotians, French, Chinese, Russian, and South Koreans, to list just some of the countries.

Which leads me to my second example of extraordinary teaching.

I never knew much about Marianne Williamson. I was dimly aware of her as a self-help author. And then all of a sudden she was on stage with other presidential candidates at the Democratic debates four months ago.

Huh, I thought. Odd, but okay.

And then I forgot about her.

But last week my friend Camille Landau directed me to a podcast interview Williamson did last year.

At the 36-minute mark, Williamson starts describing her father. She describes his background, his profession, his personality. And then she recounts a parenting moment which made my jaw drop.

As a 7th-grader, Marianne Williamson came home from school one day repeating what she’d learned in a social studies class.

Our country needs to go to war in Vietnam because countries are like dominoes, and if one domino falls … And so on.

Her father stood up and bellowed to his wife.

“Sweetheart! Get the visas! We’re going to Saigon!”

The family went to Vietnam.

This was 1965. The father took his family to the other side of the world to show them a country which was already starting to experience war and which would soon experience horrifying levels of death and destruction. He wanted his kids to have a visceral, human understanding of a country — a country, not a freaking domino — which would soon be enveloped in chaos and agony.

I can’t imagine being this brave, principled, or — frankly — insane. (Nor can I imagine successfully organizing my wife and kids on any project, let alone a voyage to a war-torn country. But that’s a separate problem.)

And god bless teachers who give enough of a damn to make us temporarily uncomfortable in order to wake us up, in order to nudge — or perhaps shove — us toward our better angels.

Whether he realized it or not, the person Billy Bishop was quoting that day was Winston Churchill, who himself was paraphrasing the writer George Santayana.

Santayana’s line was, “Those who cannot remember the past are condemned to repeat it.”

The person who speaks to me — across time — is Dr. King.

People remember King’s leadership of the civil rights movement. But they may forget that he was saying the right things on other topics, too, right up to the very end.

His speaking out against the Vietnam War in 1967 brought an avalanche of criticism from all quarters, including the Rev. Billy Graham, President Lyndon B. Johnson, and newspapers across the U.S.

In hindsight, of course, he was right about Vietnam. He was dead right.

As was Bobby Kennedy.

As was Mahatma Gandhi.

As was the historical Jesus Christ, for that matter.

A message of radical love, tolerance, and non-violence can lead to homicidal violence against the messenger.

That’s because it’s a revolutionary message.

And powerful people are scared of revolutions.

But it doesn’t mean the message is wrong. 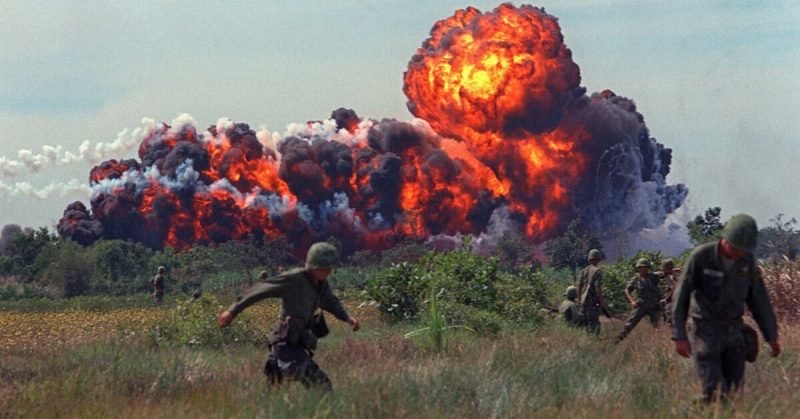 Kit Troyer lives in Los Angeles. He worked previously as a newspaper reporter and a criminal defense attorney. For the last 15 years, he has been a stay-at-home dad. But that gig is running out. Kids will soon be moving out and moving on.
View all posts by Kit Troyer →
This entry was posted in CHILD REARING, COURAGE, HEROES, MY CHILDHOOD, POLITICS, SAYINGS, UNIQUELY AMERICAN BULLSHIT. Bookmark the permalink.

31 Responses to THANK YOU, MISS KOPP