I really don’t have much good to say about Chris Fix.

Apart from him cooking meals for my son.

And rooting for my son at the ice hockey rink.

And letting my son stay at the Fix home in Hermosa Beach.

And buying me a goal horn for my 50th birthday. The thing goes off every time the Washington Capitals score a goal, whether or not I’m watching the game on TV, whether or not I’m even home, whether or not the people who are home have any earthly idea the siren is about to start blaring full volume, multiple times (God willing) within a two-hour span.

The guy sucked at hockey. 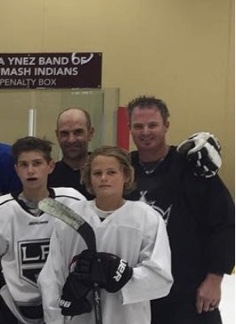 He sucked at baseball, too.

He flipped me off just about every time I saw him at the rink. In his defense, it was generally a Mexican standoff type of situation, as far as that went.

Fixer used to shoot video of me at public skate, from the viewing area above, and then text the video to me while I was still skating. “Good job! Twenty-nine seconds to finish that lap! KEEP IT UP!”

He used to take special pleasure quizzing me about my men’s league team.

“I already told you, I moved down to Copper.”

And then under his breath, while moving off to chat with others, he’d say, “More like the Tragic Division.”

The only semi-redeemable things about Fixer were:

I definitely will not miss Fixer at all – not the raucous profanity, the politically incorrect humor, none of it. He definitely wasn’t one of my favorite guys at the rink.

I won’t miss talking to him on the phone every two or three days. Or texting him funny videos or news stories, or pictures of disgusting hockey injuries.

I won’t miss changing the wallpaper on his phone when he steps away to get a beer or go to the bathroom.

I also won’t miss him roasting me about my beloved 2010 Honda Odyssey minivan. The day he found out that I sometimes take out the seats and throw a mattress in the back so the kids can sleep on the way to a distant rink … well, let’s just say the vehicle was thenceforth The Creeper Van. And if his own kids ever walked past it, he’d shout out across the parking lot:  “KIDS, STAY AWAY FROM THAT VAN!!!!”

Despite not missing any of this, I will send money to his family this week. His oldest two boys are 16, so college savings is probably a good thing to help with.

And for any of you who were unfortunate enough, like me, to spend years in close proximity to the man, the funeral is:  10am Fri. April 5 at the American Martyrs Church at 1431 Deegan Place, Manhattan Beach, CA, 90266.

As I told him many times, on many separate occasions, “Fuck off, Fixer, you old FUCK.” 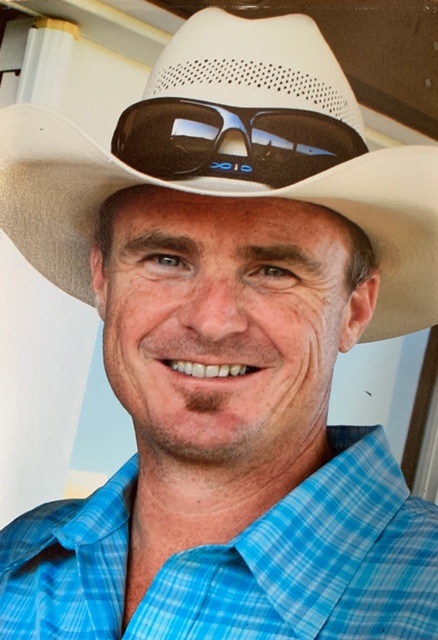 Postscipt. Twelve hundred people showed up for this guy’s funeral. I’m assuming many were paid actors/seat-fillers. But still. WTF. Who draws 1,200 at their funeral? This guy is going to be insufferable when I eventually meet up with him again.

Kit Troyer lives in Los Angeles. He worked previously as a newspaper reporter and a criminal defense attorney. For the last 15 years, he has been a stay-at-home dad. But that gig is running out. Kids will soon be moving out and moving on.
View all posts by Kit Troyer →
This entry was posted in CHILD REARING, COURAGE, ICE HOCKEY. Bookmark the permalink.